And here comes the last post on our one-day escape from Madrid (check the ones on El Escorial and on Segovia). It’s the turn of Toledo, with its past character of crossroads of religions.

Toledo was one of the most important Spanish cities for centuries and its old centre, at the top of a hill, surrounded by ramparts on one side and the river Tagus on the other, still give the feeling of the far-gone atmosphere of the city of convivencia, the coexistence of the three monotheistic religions during the Muslim rule. 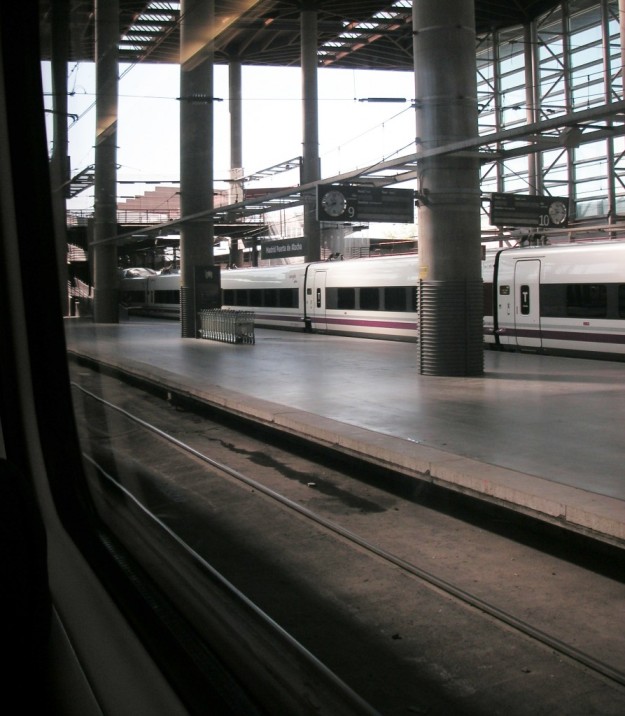 How to get there:

As usual, there are two options, bus or train. But I highly recommend the train, which is quick, cheap and comfortable.

Once there, take a bus that will leave you directly in the old city centre, possibly in the square of the Zocodover, the perfect place to start your visit. 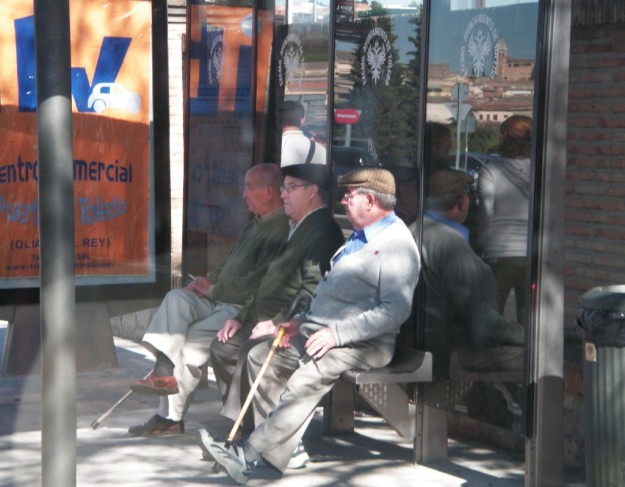 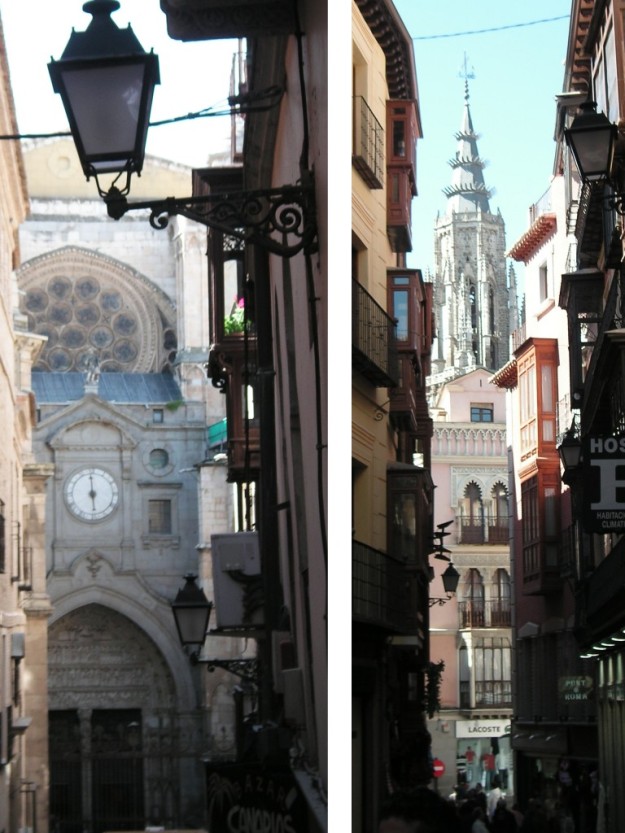 What to see and do:

Toledo is rich of attractions, but if you’re lucky you won’t find too many tourists that will ruin your day!

First of all I would suggest you to drop by one of the tourist information offices of the city. We went to the one next to the city hall and they gave us some maps and guides of the city and suggested the best places to visit. (toledo-turismo.com)

These are the monuments and buildings that you shouldn’t miss:

Alcazar: the symbol of the city. It is a huge building, that we didn’t have the possibility to visit, since it was being restored, although even from the outside we were still able to see its splendor.

The Cathedral: built in more than 200 years, it is a magnificent church in mainly gothic style, full of works of famous artists.

El Transito Synagogue and the Jewish quarter: this synagogue, with the entire neighborhood and the other famous synagogue of Santa Maria La Blanca accommodated one of the most important Jewish communities of Spain, until the expulsions. You should visit both synagogues and especially the first one that includes a little museum.

Cristo de la Luz Mosque: built-in the 10th century, IT is one of the few remains of the vast, important and great Muslim culture of Al Andalus.

A part from the monuments, as usual we suggest you to simply wander and lose yourself in the street of this beautiful city. And you have the possibility, especially in the hot summer of Madrid, try to stay late and enjoy the breeze and the cute and romantic atmosphere. 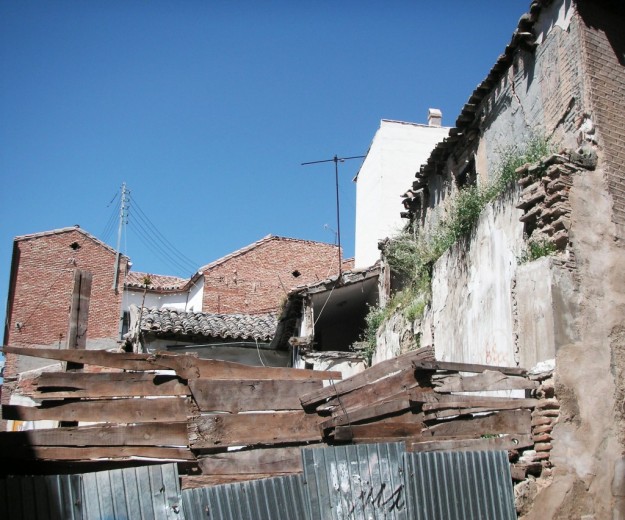 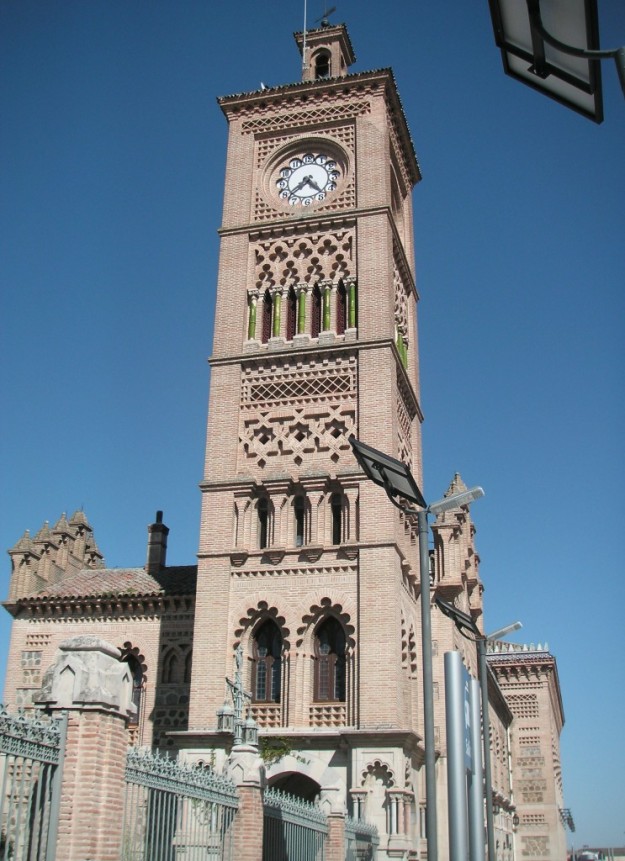 We're Stefania and Matteo. On Sealinthefog.com we share our passion for #diy #food #travels. Check our About Us page to know a bit more. We hope you enjoy it!